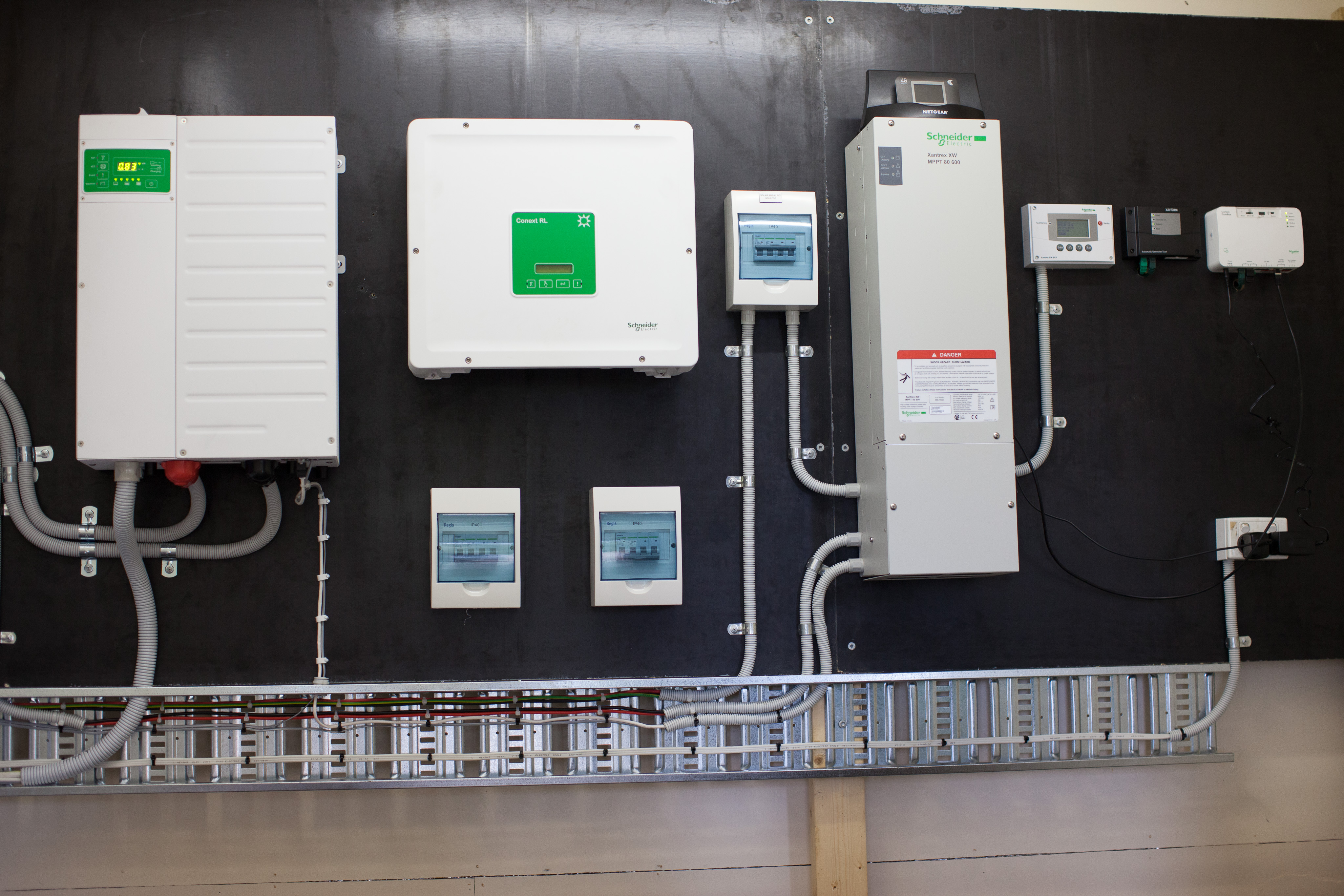 Network solar stations - an installation that allows you to consume free solar energy and save energy from the common network. Thus, today more and more people are trying to establish their own station investing in their future and having a reliable backup power source.
Our company offers a series of international company Conext. Holding the world class was founded back in 1836. Roots that have gone deep into history, rich experience and highly qualified specialists have made a technological breakthrough, having developed a line of network inverters endowed with the flexibility and highest possible efficiency.

Network systems CONEXT is an innovative product designed for use with solar panels of various capacities. The marginal efficiency of the presented inverters reaches 98.9%, and the high flexibility of the design makes it possible to configure the received voltage and increase the power. Another advantage of the system is the monitoring function through Internet tracking.

Also the advantages of network stations of this series are:
• the ability to carry out upgrades during operation due to the density of interactive functions;
• Variation of power from 3 to 20 kW;
• convenient control system;
• advanced cooling system;
• presence of the front display;
• absence of electrochemical elements, which increases the operational period;
• high-quality and sustainable materials.

Network solar power plants have undergone a number of tests and in-depth checks on the efficiency and strength of the structure. The absence of chemical capacitors provides the longest possible service life, and the protective layer will function even in extreme climatic conditions.

The estimated cost of additional materials for the installation of the system is 10-20% of the cost of the equipment.

The cost of installation of the system is 10-15%, depending on the complexity of the object.

At us you will find only the certificated production of world manufacturers. Each solution presented has undergone a detailed technical check and demonstrated maximum efficiency.
We provide the most reasonable prices, a full set of services, as well as the support of highly qualified specialists.

Information about the company

Schneider Electric (transliterated into Russian as Schneider Electric) is a large French engineering company that provides the development and production of solutions in the field of electricity management, as well as complex energy-efficient solutions for energy and infrastructure, industrial enterprises, civil and residential construction facilities, processing centers data.

It was founded by the brothers Joseph and Adolf Schneider in 1836. From the time of its foundation to the end of the Second World War, the company was mainly engaged in arms production, both for the French army and for export. A narrow specialization in the field of armaments was left in favor of a wide range of solvable tasks for the production of electrical products, electrical measuring instruments and telemechanics. Previously, the company also engaged in the production of electric locomotives, steel structures, cast iron and steel. Now the company owns more than 200 factories. It produces low-voltage and medium voltage electrical equipment, automation equipment for industry and residential construction under the brands Merlin Gerin, Telemecanique and Square D. In early 2007, after the shareholders' approval, the company completed the acquisition of the American APC and its merger with its MGE UPS unit.

Xantrex Technology, a subsidiary of Schneider Electric, is the world leader in the development and manufacture of advanced energy electronic products and systems for renewable energy and mobile systems. The company's products serve to convert and monitor primary electricity from any central, dispersed, renewable or standby power supplies in systems requiring high-quality energy to power electronic equipment. The Xantrex head office is located in Vancouver, Canada, with branches in the United States, Germany and Spain.

Xantrex is one of the world's leading manufacturers of inverters, chargers, charge controllers for systems using alternative energy sources as well as mobile systems.
Our knowledge and experience in the field of advanced power electronics helps to accelerate the commercialization of new energy systems and solutions. The growth of our company is fueled by increasing demand for advanced systems of redundancy and energy conversion:
• Society's dependence on electronic devices
• Concern about supplying high-quality electricity
• The need for independence from traditional energy sources
Xantrex products are smaller, smarter, and more efficient than traditional energy conversion equipment. We offer products today that meet the needs of a wide range of customers, or as a key component that is integrated into production equipment of others or in combination with a power source to provide an autonomous power supply solution. Most of our products are certified according to UL, CSA or CE standards. IS09001: 2000.